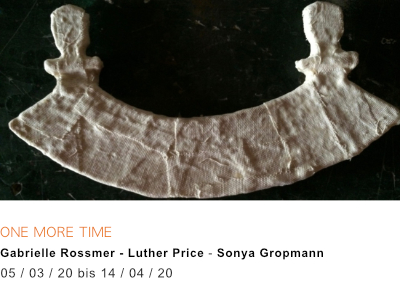 This exhibition is about the object – specifically related to cooking and eating – as it embodies time, place, and meaning. Time (both present and past), place (here, in Germany – and there, in the U.S.), and meaning (the human experience including nourishment, loss, connection to the land, emigration, re-connection, creation, recreation). This exhibit is about today, as it has been informed by the past; about welcoming our own history as part of a living present.
When the Rossmer (nee Rossheimer) family (Gabrielle, a one-year old baby, along with her parents Erna and Stefan) fled Nazism in 1939, all of the objects from their home – from furniture, to linens to kitchenware — travelled in a lift van (a large, wooden moving crate) to New York City. Most of these objects survive today, and have been in continual daily use since then. There is an irony to the Nazi law which required Jews to pack their household items and then pay a tax on them (their own belongings!), as a way to create a discontinuation of Jewish life in Germany; this actually led, in our family at least, to a sense of continued connection to our family’s former life in Germany.
All three artists explore the same objects from different perspectives and in different media –sculpture, film and paint. Gropman’s work is brand new, Price’s is archival and Rossmer’s is new work that reflects its own history. 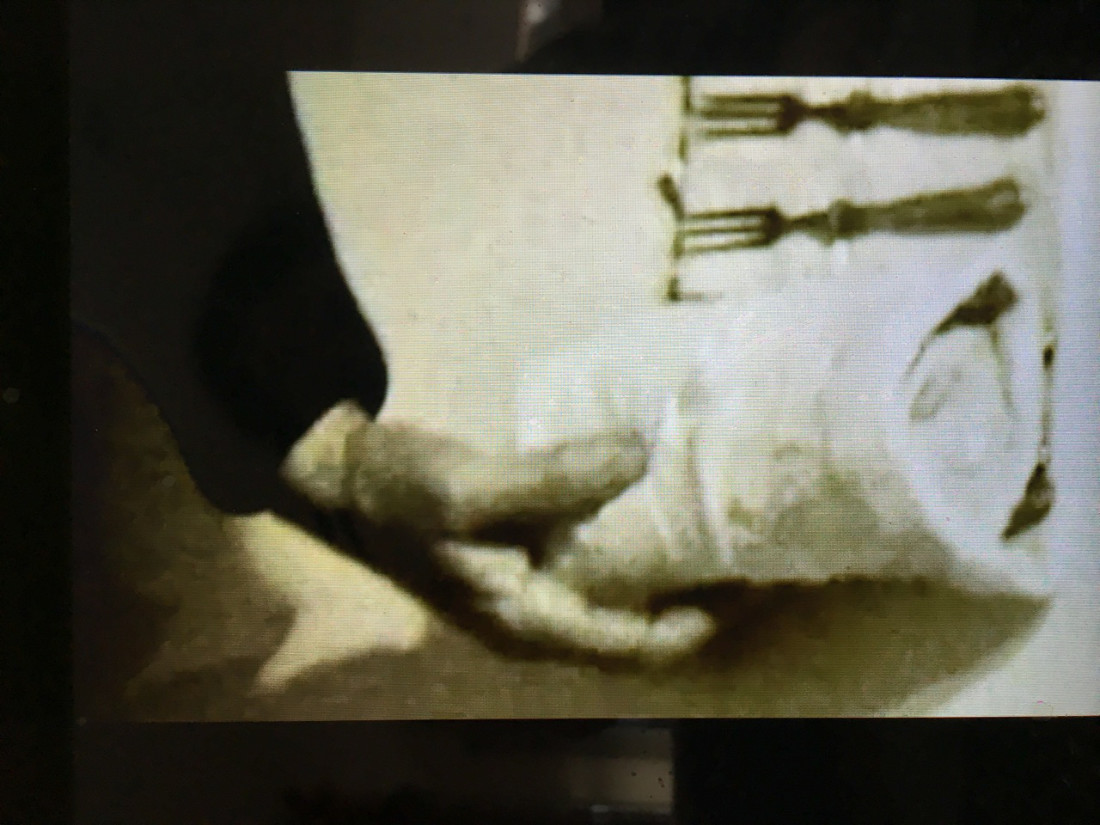 Rossmer and Gropman are mother and daughter. They are the co-authors of “The German Jewish Cookbook: Recipes & History of a Cuisine”, (2017, Brandeis University Press). They wrote it to preserve a food tradition that has largely faded, along with the culture of German Jews. Those who survived the 1930’s have almost entirely merged with the cultures of the lands to which they immigrated. The kitchen is the place where German-Jewish culture has been most clearly preserved, with families often maintaining some of the recipes of their mothers, grandmothers, and great-grandmothers (and sometimes, as in our family, grandfathers). That might include dishes for Passover (Pesach), the eight-day holiday that celebrates liberation and prohibits leavened food; Chanukah, when fried foods are eaten; Berches, the bread eaten for the weekly Sabbath, or other holidays.

Gabrielle Rossmer is a sculptor. In 1991 she created a multi-media installation entitled “In Search of the Lost Object” that was about her family’s history in Germany and subsequent emigration to the U.S. This work was exhibited in the city of her birth, Bamberg, Germany as well as at the Cathedral of St. John the Divine in New York City in 1994-5, and as part of the exhibition, “Witness and Legacy, Contemporary Art about the Holocaust” which travelled to many venues in the USA from 1995 to 2002. (Elements of this show are on permanent display in the Bamberg Historical Museum.) Rossmer’s work here is a continuation of where she left off 18 years ago. These sculptures are composed of colorless stiffened cloth. They refer to household objects, and are largely recognizable, yet have a fugitive, evasive quality which evokes past time. Rossmer lives in Massachusetts, USA

Luther Price is an experimental filmmaker whose work has been widely screened at museums and galleries in the U.S. and Europe, including the Museum of Modern Art and the 2012 Whitney Biennial, both in NYC. In Europe, his films are distributed by Light Cone in Paris. In 1991 he shot super 8 footage related to Rossmer’s “In Search of the Lost Object”, which included both household objects, and several members of the family. He created a 15-minute film from the footage, which is also titled “In Search of the Lost Object”. Price said “The objects were speaking to me when I filmed them. It knocked me over to know all these objects made it here (the U.S.). Objects hold so much meaning…in a way they are living.” Price’s film is screened in the gallery on a 15-minute loop. He lives in Boston, MA, USA

Sonya Gropman is a visual artist and writer. She has exhibited her work in the U.S. and published her writing in food-related publications in the U.S. Her work here focuses on the cooking utensils and foods that represent her family’s history, yet also reflect her daily activities in her own kitchen. She is interested in the connection to a place via food. Her images, painted directly onto the gallery wall, are silhouettes rendered in bright colours. The images are repeated, to create a stylized pattern that teeters between vintage and contemporary. Gropman lives in New York City. 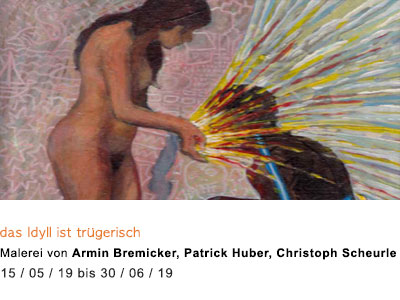 We served the menu Mu 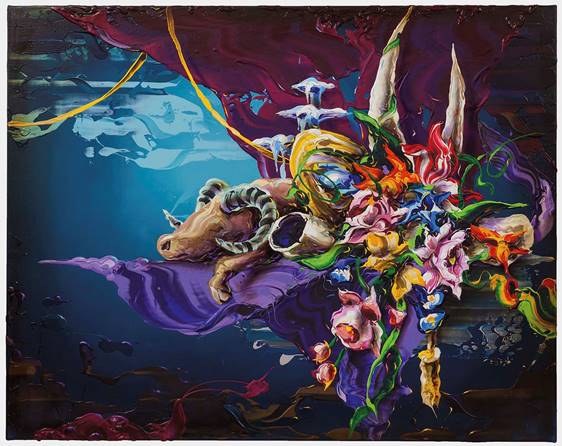 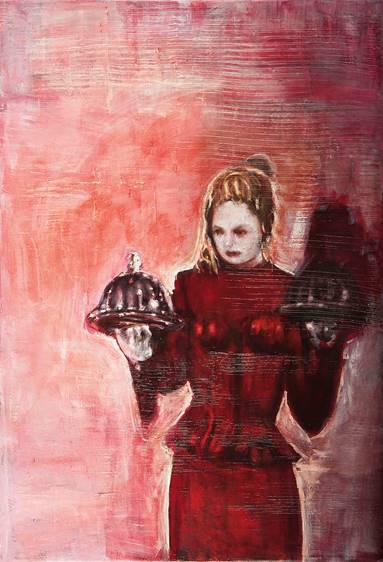 We serve the menu VIER TELLER 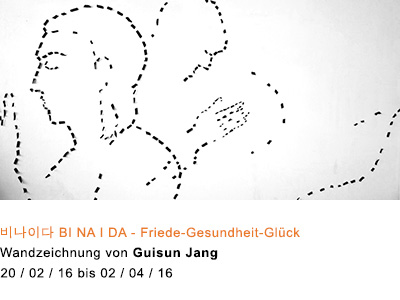 Sketch with tape by Guisun Jang 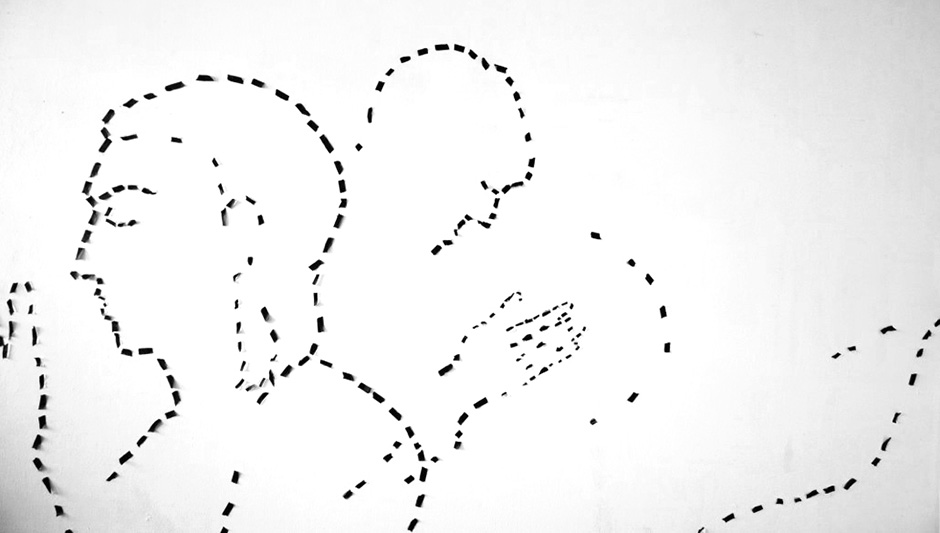 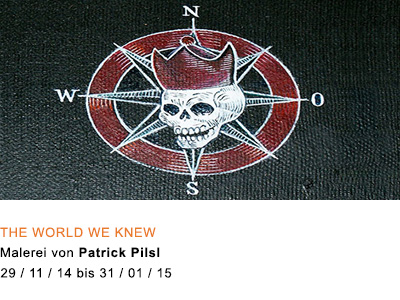 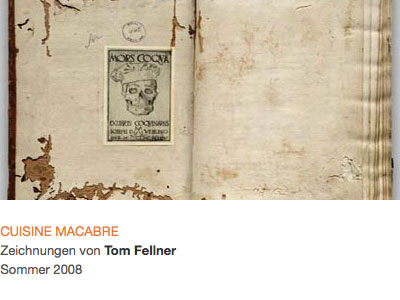 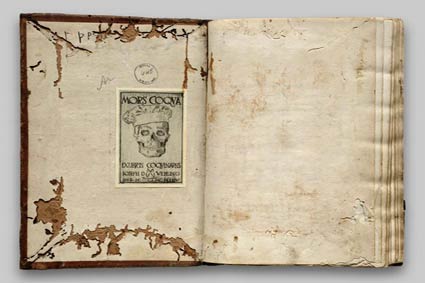 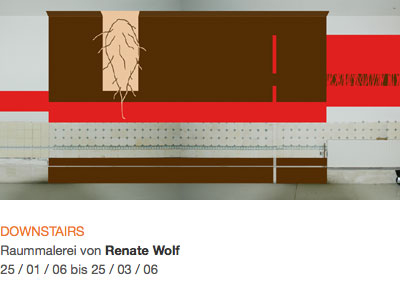 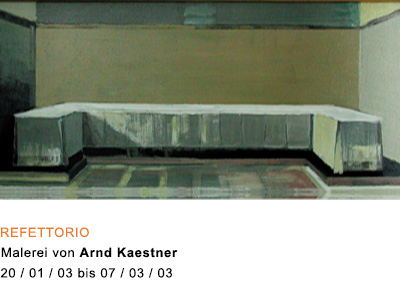