Hendrijke Kühne and Beat Klein are collectors, detectives and artists. In their show Food Design at Zagreus Projekt they present 65 mini-sculptures made from food reproductions glued on cardboard. The artists-collectors assembled the pictures for these 3-dimensional collages from the flood of food advertisments. Using a special technique, they created spatial constructions reminiscent of carnivorous plants and of models of atomic structures. The objects are grotesque, absurd and funny. A ” La Vache qui rit”- cheese is balancing on top of a piece of ham which itself is resting on a lump of mould-ripened Gorgonzola, from which in turn corncobs and chilies are proliferating. In another piece a fruit flan and a whole cohort of pizzas are placed on a very unstable looking foundation of potatoes and celery stalks. These biomorphic combinations hardly evoke the desires originally intended by the food reproductions. The individual elements have lost their function as representatives of food. ”
Ceci n’est pas une pipe” or in the Cockaigne-nightmare-land of Kühne/Klein: art won’t make you fat. 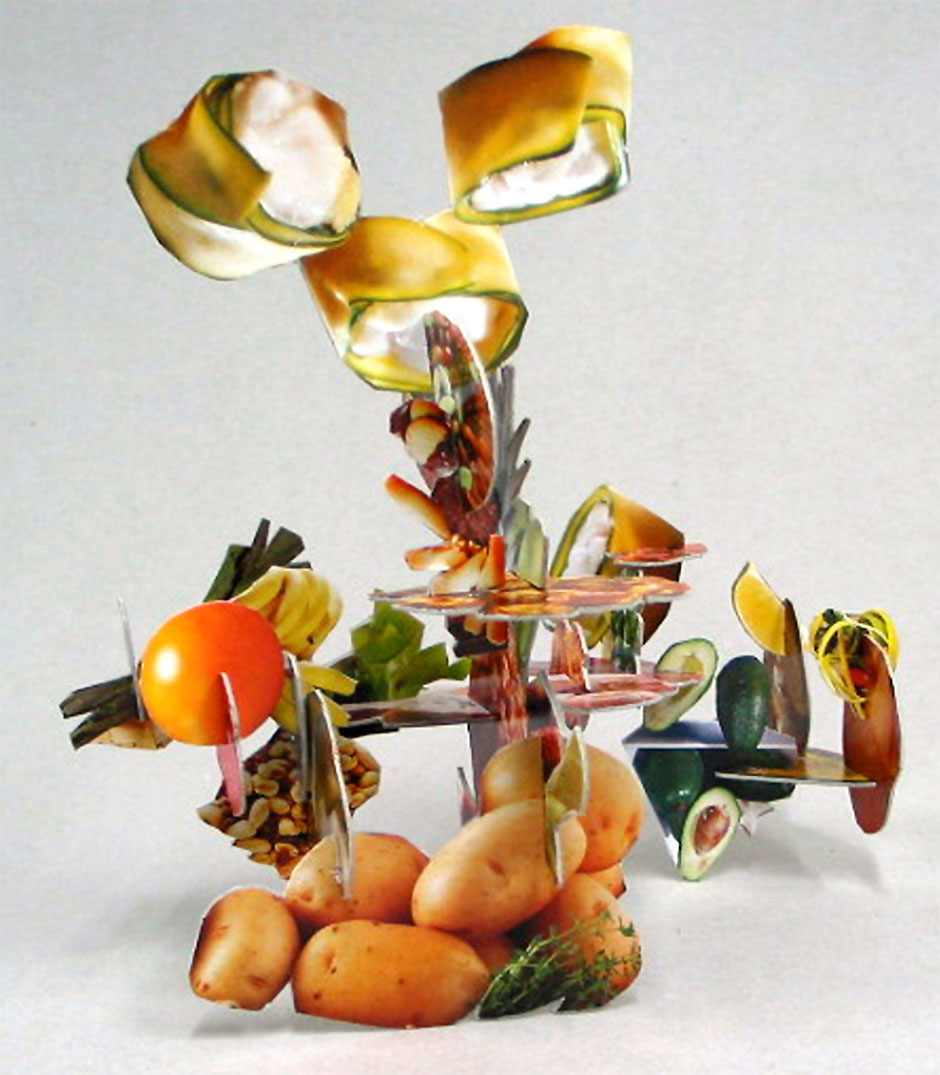 FOOD DESIGN
edible structures in 3 courses refers to the collage technique of the sculptures. It transforms food to mousse,
paste or fragments and creates a two dimensional carpet of edible elements with a crossover of all kind of different tastes, contrasts and harmonies.